For my final project, I have produced two pieces of work which express my personal history of ‘having’ to grown up and live in Nottingham. One artwork shows a hand sewn map of Nottingham onto a transparent like fabric which I decided to display in the window. And the other work is fragments of the map I’ve sculpted and formed by hand in wire and suspended from my ceiling. Both involve hard repetitive hand word and long physical hours of making.

These artworks were made to represent my experiences of being brought up in my particular living environment and explore how I have dealt with hardships. Which I have tried to express them through the process of laborious making. I used a ‘struggling’ arduous process to emphasise my struggling backstory.

I wanted to produce a piece of work that wasn’t too obvious to understand in its entire meaning, but I wanted to make sure that it was obvious enough to communicate a personal touch via hand making, emphasising the personal nature of the subject matter. Using maps of where I am from lets me show that the work is relevant to me and holds attachment. I found doing this project to be quite a challenge, due to being limited to being at home and the fact that the work is personal too, it was stressful but a great learning curve as well. 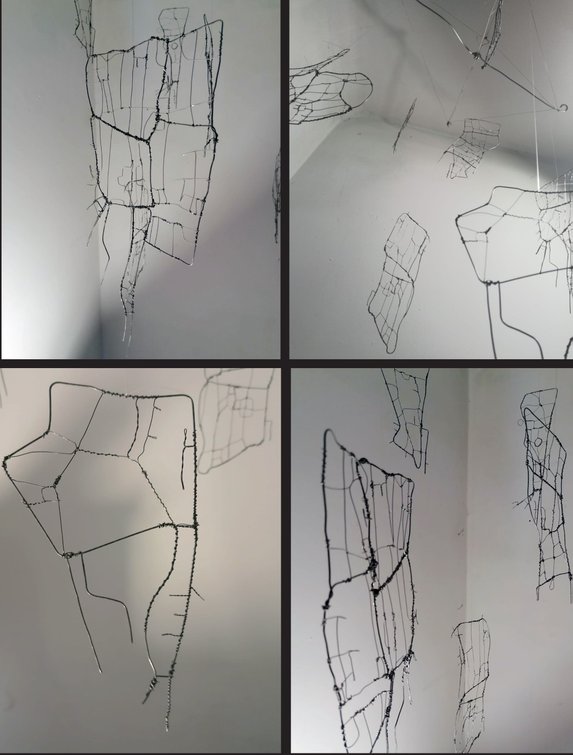 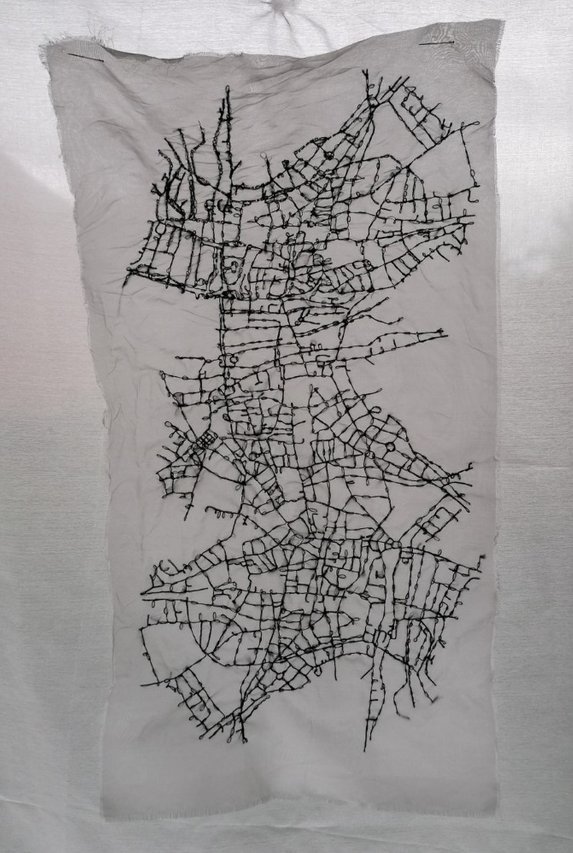